As a leek lover, I know how it feels when you find that you are running out of leek. Leek is such a cooking ingredient that I regularly use in my recipes but what do when there is no leek available in your kitchen to cook your favorite dish?

What Is A Leek?

The leek is one kind of vegetable. Previously There were many scientific names used for this vegetable, but all of them are now known as a cultivator of ampeloprasum. The whole plant can be divided into two major parts. One is its long leaves, and another part is the root part. Both of them are edible. The white portion of the bulb can be eaten raw.

It has dark green leaves. Leek as a vegetable highly matches onion family-like, Chinese onion, scallion, etc. These veggies belong to the same genus too. You can find a lot of things similar in them as they are closely related. But, all of them have different tastes and add flavor to dishes. Leek is often used in stews, soups, and even in salads too.

When it comes to taste, it has a similar savor, like onion and garlicky. But at a mild level. If you found the taste of onion or garlic too strong, then this is the best one to go with.

Why Need To Know About Leek Substitute?

Running out of ingredients while cooking is not a pleasant experience. Surprisingly, all the replacements for leeks are easy to find or available in most of the kitchen or even in any grocery store. It’s always good to know about substitutes of any ingredients so that you can use the alternative one in the offseason or when you do not have it in the kitchen.

It’s a fact that leek as a vegetable is a bit rare to find in the grocery stores as it’s not a very common item for most recipes. On the other hand, it is perishable. It is one of the worthy replacements and effective substitutes for leek. Who does not know about it? Onion is also a member of the allium family and a common ingredient often found in almost any kitchen. You can easily buy onion from local grocery stores, and it is inexpensive than the leek.

Although onion has a little bit of pungent flavor, then leek and that is why many people are comfortable with stronger onion flavor. leeks have a milder taste; more like sweet onions. The white bulb of onion can be used as leek alternatives as it gives the same texture and flavor.

Onion has different types, and their taste is different too. Some of the regular onion verities you can find are white, red onion, or green onion. But, all of them have a sharp taste, so using yellow onion can be a great idea. If you want to reduce the sharp tang of onion then sautéing is the best option, do it before you use onion in the dish, it will add a little sweeter flavor. Scallion can also be used as an excellent replacement to leek. It is also known as a green onion or spring onion. One of the main differences of it with other onion is it does not have developed or big white bulbs as a leek.

I found it the best substitution for leeks to leek. It has a mild test and is a bit sweeter closes to leek. You can use it in salad as a garnish also in soups. You can use an equal amount of scallion as a substitute for the same amount of leek. For example, 1 cup of leeks equals one cup of scallion Shallots are another closest substitute that is enriched with vitamin c, I will recommend it as the second-best alternative. There are so many things identical between a leek and shallots; first of all, its mild test, and texture-wise, it is also quite the same to leek. Make some thin slices and use them in the dish as you add leeks. For a measurement purpose, use 2/3 cup of shallots for 1 cup of chopped leek. Garlic is An ingredient that you can also use, but I personally do not recommend it. The main reason is that its taste could be similar or closer to leek, but quantity measurement is the main challenge.

For example, you can use 1 pound of leek in your recipe, but adding 1 pound of Garlic can ruin your whole dish. Also, Garlic has a strong smell that many people do not like.

I think you can surely use it but be very careful about how much to use to get a good taste. if you do not have raw garlic then use garlic powder that will also add garlicky flavor.

If you have no leek left in the kitchen or are not in the right season, then frozen leeks can be a good option. Frozen leeks are sold in pre-processed condition. They are washed, adequately cut, and chopped, and then clean leeks are packed. It gives Less hassle and is easy to use. I am sure you already know about this vegetable, but the thing you may not know is that leeks are often used as a substitute for celery.

So, you can also use celery as a leek substitute. If you look both in your open eye, you may think they are a good substitute for each other, but celery cannot be used as a complete substitute for leek, but yes, in some cases, you might use it.

One thing you have to keep in mind when you are using leek is the cooking timing; When you are seasoning celery, it quickly turns mushy than leeks.

If there is no option left or you do not have any other leek substitute in your hand, then the only thing you can use is the onion powder. But a few things need to keep in mind; it will not work as all the other substitutes do. You cannot use it as a direct substitute for leeks. Any recipe where leek is used in a small portion or little percentage on those circumstances can use a small amount of onion powder in the dish.

For measurement purposes, you can use one teaspoon of onion powder as a replacement for 1 cup of chopped leek. It is also known as wild Ramps. Popular in North American restaurants and used in so many foods. It has a close look like scallions. Ramps are a pre-spring vegetable with soft two or three dark green leaves. Also, they have small white bulbs.

If we talk about the flavor, wild leeks have a milder flavor than leeks. But you will notice a little bit of oniony and distinct garlic taste too. So it is easy to go with almost any dish.

Cleaning and process wild leeks are super simple. You can chop it and use it in almost any dish where leek is used as an ingredient.

Leek and onion are two completely different ingredients, although they belong to the same family. They have so many things similar, but you can replace each other in recipes.

Fresh Leeks are mostly used in cooked recipes like soup and stews, but you can eat leeks raw, especially in salads. Both the leaves and white bulbs are usable in recipes, either cooked or raw.

There are different names in Spanish for leeks, but the best one and the only community-verified word I found is Puerto.

Here is the top 9 recipes that you can cook with leeks:

Now you have 8 direct replacements to use for leek but One thing you might be thinking that what is the best substitute to use? Actually, there is nothing called perfect when you are substituting an ingredient. The eight I mentioned above, each of them is unique in terms of taste and flavor.

About Our Author Bio 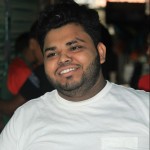 Rasel Ahmed is a juice fanatic and overall fitness enthusiast who loves sharing her passion for juicing with others. When she’s not blending up a new concoction of her favorite fruits and vegetables, Nicole can be found behind the computer, writing about all things juice!